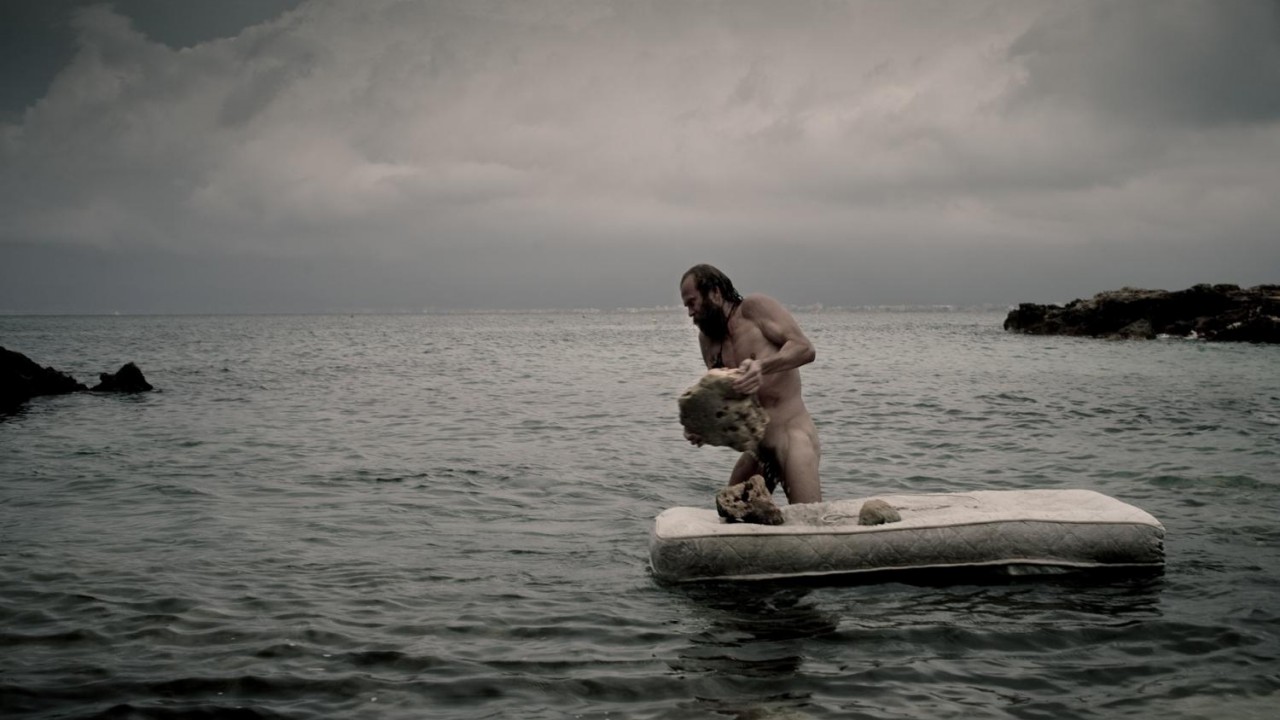 A mystical journey of a man wrecked by grief

Benny Vandendriessche worked for years on this feature film together with performer Dirk Hendrikx.

A Belgian couple waits in an empty hotel in the Carpathian Mountains. She suffers from a lingering illness. He helps her find her peace. Left alone, he escapes reality and starts to wander. DRIFT explores his quest for salvation on a mythical journey through a barren Romanian wasteland.

Fighting his memories, the drifting man chooses not to speak and to loose himself in an animal-like and primitive existence. His simple but painful rituals echo an ancient culture long forgotten. As the past reveals itself, insanity sets in. Slowly, he disappears as well.

The Sea: A scene from Drift

The Room: A scene from Drift