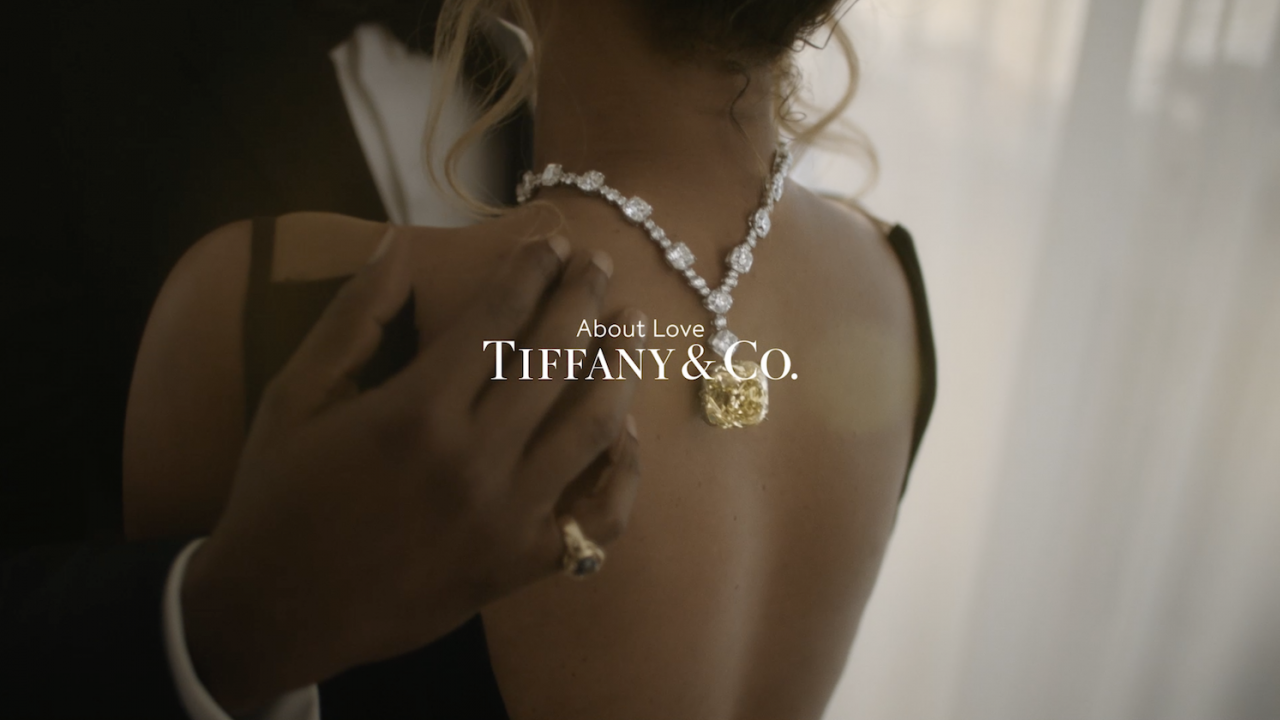 Artist of the painting 'Equals Pi'

The brand new Tiffany campaign, About Love, is directed by HALAL director Emmanuel Adjei. It features the Tiffany Diamond being worn by Beyoncé – only the fourth time in its existence it has been worn publicly – and sees the singer tackling Moon River, written for the early 1960s film Breakfast at Tiffany’s, starring Audrey Hepburn. The song is widely recognized as one of the hardest classics to reinterpret, but Beyoncé makes it her own. The spot is interspersed with shots of her husband Jay-Z Carter bearing an undeniable resemblance to Jean-Michel Basquiat. 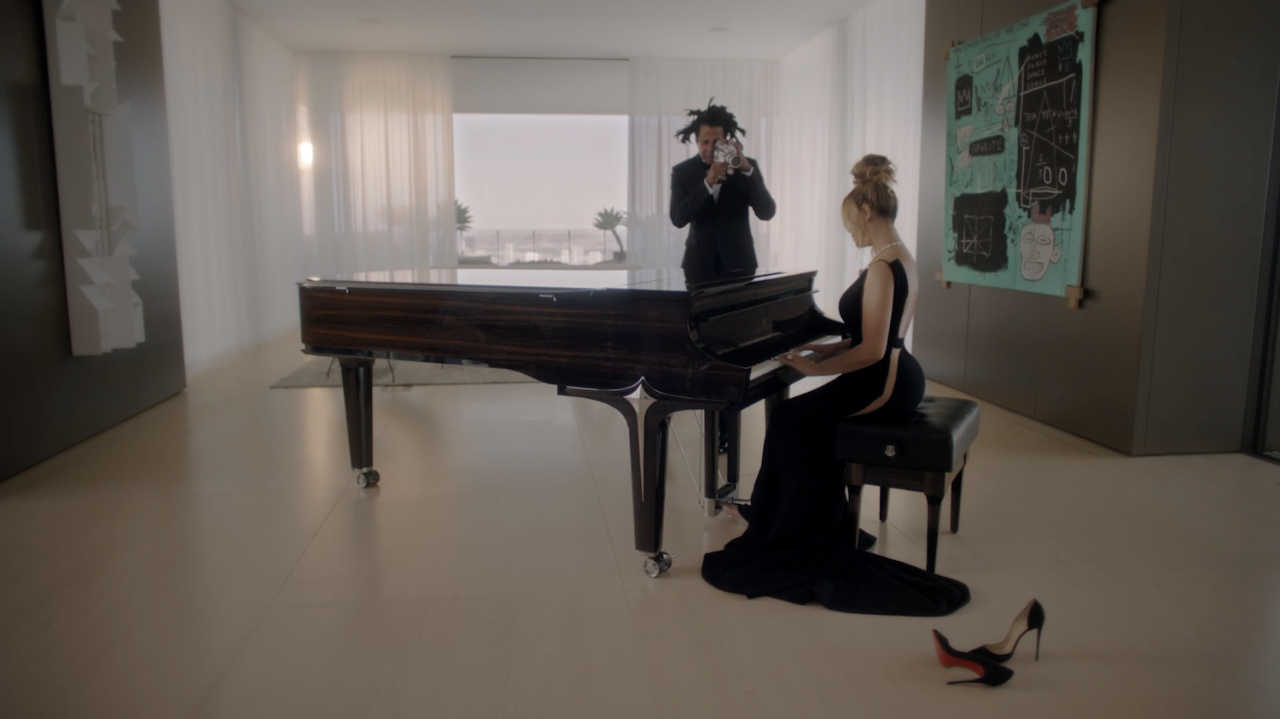 It’s clearly no coincidence that Basquiat’s painting ‘Equals Pi’ appears in the background – Jay-Z is known to be a huge fan of the artist – during a sequence shot at architectural masterpiece the Orum House in Los Angeles, designed by Zoltan Pali. Jay-Z also sports some legendary bling in the form of the bird-on-a-rock brooch created by Jean Schlumberger in the 1960s, reimagined as a pair of cuff-links. The highly anticipated spot – an ode to the couple’s enduring love and 13-year marriage – and the first time the couple has ever appeared together in an ad –  is already seen as one of the biggest campaigns of the year, with online teasers attracting millions of media impressions already. 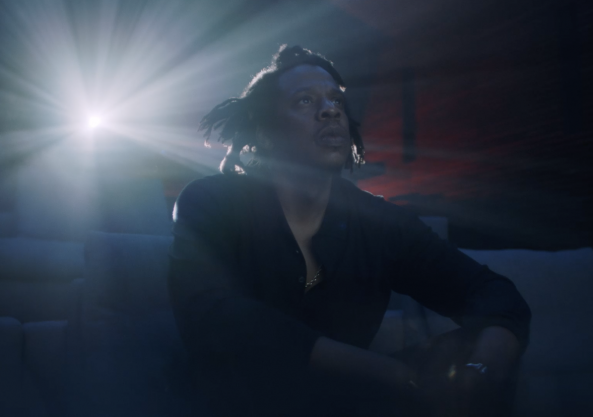 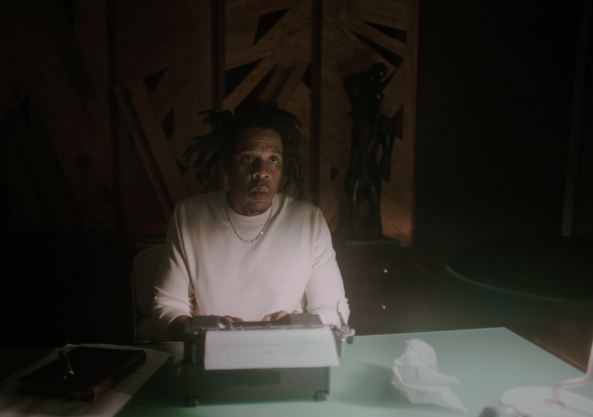 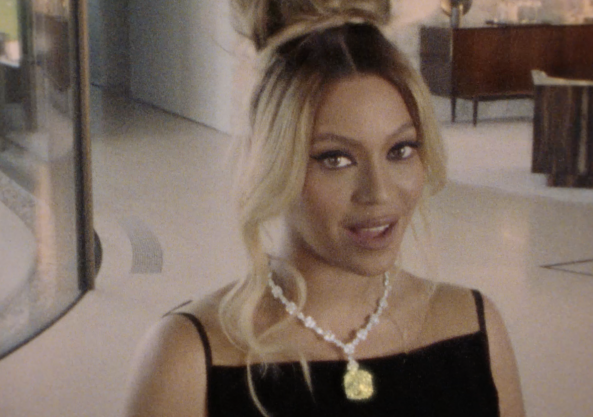 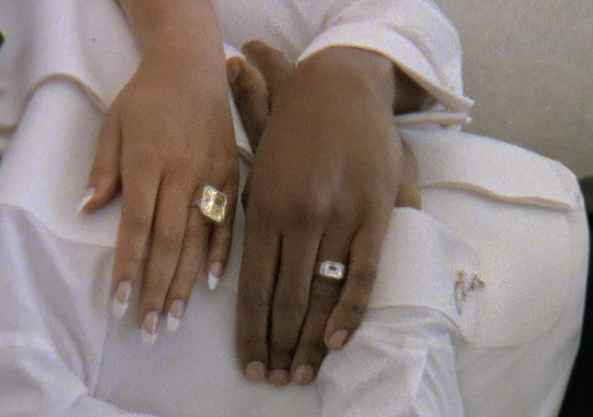 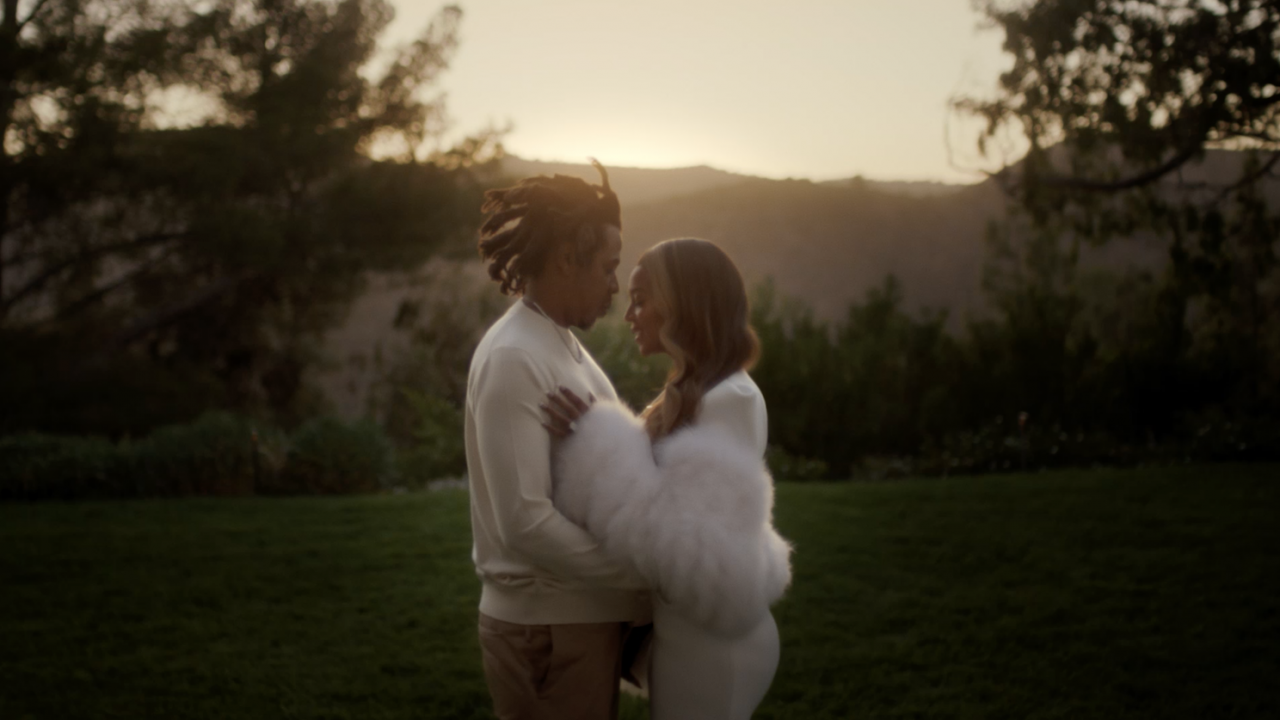