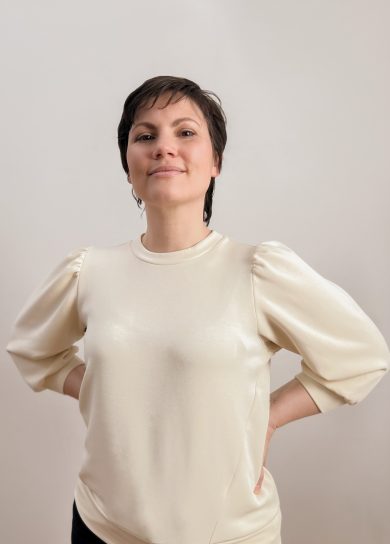 Linda is a documentary filmmaker who strongly connects with the people around her to dive deep into the virtues and vices of what it means to be human. With an up-close and personal approach, Linda has been making television and documentaries for over fifteen years, reaching audiences at the core of their hearts.

In her films everything can be said and honesty about uncertainties always prevails. She has been selected numerous times and received several awards for her documentaries. Her honest and ruthless coming-of-age documentaries Whatever Forever (2013), Who the Fuck is Jett Rebel (2014), and The Happy Sad Route (and a comedian) (2014) were all selected for IDFA. After being diagnosed with breast cancer, she grabbed her camera and filmed her own healing journey in Linda’s Kankerverhaal and won a Televizier Award in 2021 for the resulting film. In that year, she was also the first together with HALAL to make a Dutch YouTube Original series with NikkieTutorials: Layers of Me (about the world-famous influencer who came out as transgender and now encourages and shows transgender youth from all over the world that they are not alone) and won a Realscreen Award for this.

Currently Linda is working with HALAL on a highly exciting new documentary film – challenging herself and bringing in new approaches to her signature style we so much love.