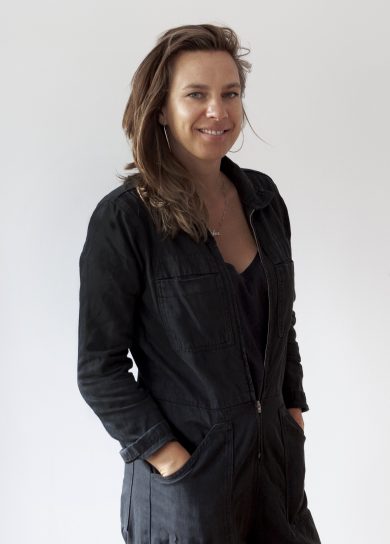 Marjolein Busstra is a documentary photographer and filmmaker. Her work has been exhibited at several venues and directed documentaries that have been screened on Dutch TV and (inter)national film festivals.

Aiming to unravel identity structures and representations, she captures stories touching on universal themes such as human rights, dislocation, and political and cultural exclusion. Although these are somewhat heavy subjects, Marjolein’s work always has a touch of humanity, humour and personality.

Take the project ‘Moroccan Mothers’, where she interviewed Moroccan moms on their view with regards to bringing up their sons in the Netherlands. A perspective rarely voiced in the current media landscape. The project came to fruition through an exhibition and a television series. Her documentary ‘I Love my Muslim’, broadcasted by Viceland, received global appraisal including tributes from international film festivals like DOK.fest and Movies that Matter.

Together with Rebekka van Hartskamp, Marjolein also forms the production-duo ‘Lege Fles’ – developing a new language for today’s sensation-oriented media environment with a multimedia approach. They develop campaigns that paint a more complex image of vulnerable situations in non-Western countries; which values self-determination, solidarity, and above all, humanity instead of victimization. They have documented various subjects for Doctors without Borders and Amnesty International, to mention some.

After her participation at the IDFA Academy 2019, Marjolein partnered with HALAL working on her newest documentary which is currently in development.