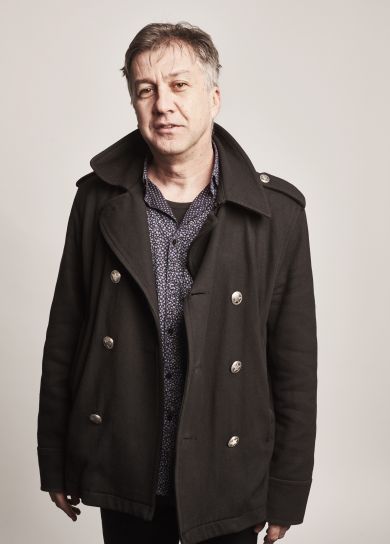 Sergej Kreso was born and raised in Sarajevo, Bosnia and Herzegovina, and studied journalism at the University of Political Sciences. In Sarajevo he was very active in the New Primitives movement, an artistic movement including well-known names such as ‘The No Smoking Orchestra’ and ‘Elvis J. Kurtovic’. During the Yugoslav war in 1993, Sergej fled to the Netherlands, where he continued his career in filmmaking, journalism and music.

After a documentary trilogy about the war in 2011, he made ‘Coffee, Cake and Crematorium’, a film about the crematorium tourism between Germany and the Netherlands. This film marked the beginning of a new phase in Kreso’s work, reflecting on his personal fascination with human roots, identity and adaptability. These themes were explored in films like ‘Strange Folks’, about the power of language as a formative factor in gaining a new identity, ‘Asylum Seekas’, following young refugees who feel nostalgic towards their childhood spent in the refugee centers and ‘MijnstreekComplex’, in which a city’s coal mining history appears to still have a big influence on its young habitants.