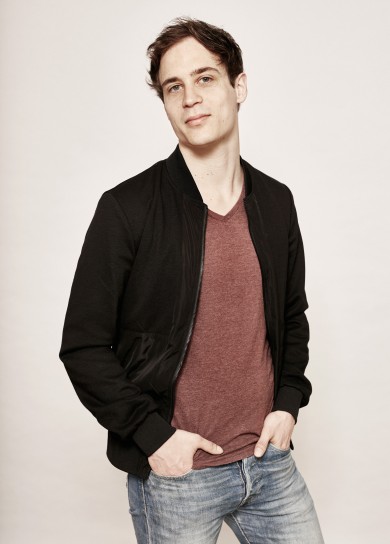 Thomas Vroege is an award-winning Amsterdam based filmmaker most known for being honoured with the European Film Award for his documentary ‘9 Days From my Window’.

Graduating from Sint Joost Academy of Arts with short documentary ‘The Son & The Stranger’, he entered the world of filmmaking with a win in the The Dutch Film Fund’s ‘Wildcard Award’. Next up was a poetic documentary journey through the financial industry, ‘So Help Me God’, which premiered at the Golden Calf competition during the 2015 Dutch Film Festival.

His award-winning short documentary ‘9 Days From My Window’ travelled the international circuit of leading international film festivals and was awarded the prestigious European Film Award. The short documentary about the start of the Syrian uprising in the city of Aleppo was made in collaboration with fellow filmmaker Floor van der Meulen and Syrian photographer Issa Touma. Continuing on his journey in the war-zone, his next film ‘Theatre of the Crowd’ took the shape of a Greek tragedy about the course of the Syrian revolution. It was honoured with the IDFA Media Fund Documentary Award.

In 2017, his latest documentary ‘A Stranger Came to Town’, premieres at IDFA in the Dutch Competition.

In addition to being a documentary director, Vroege also works as an editor and cinematographer. He was an advisor to the Dutch Cultural Media Fund, and is currently a board member of the Dutch Directors Guild and Docking Station.

A Stranger Came to Town

A documentary about the complex reality and representation of the conflict in Aleppo, Syria. Premiering at IDFA 2017.